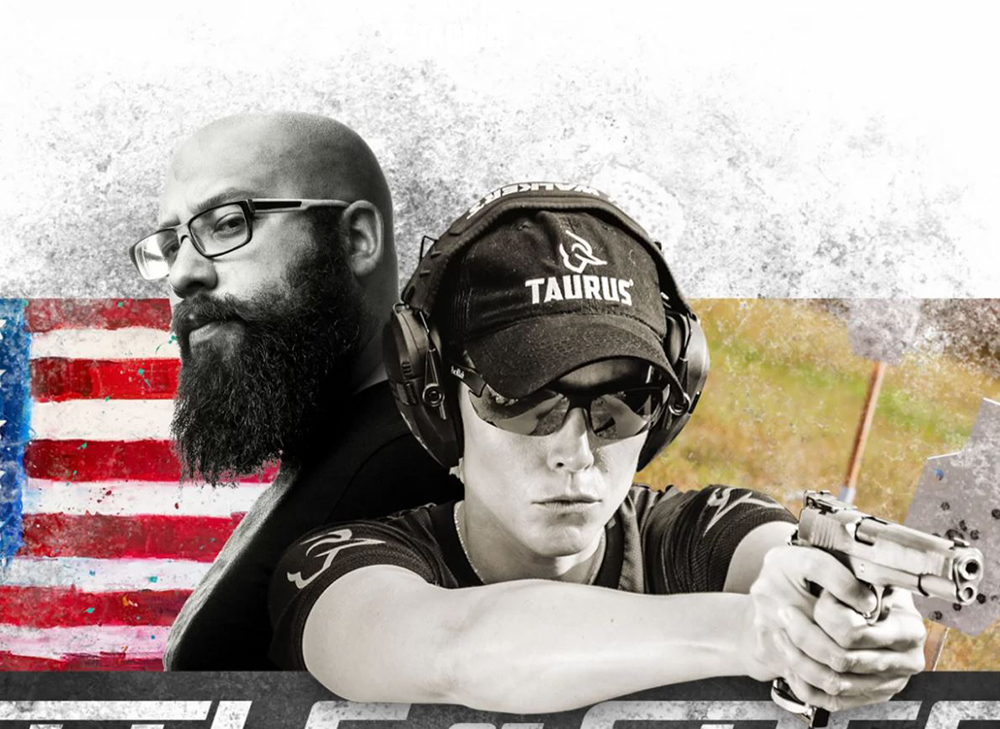 Enter to win a custom-painted 1911 AND an original canvas painted by Joe Everson...

JESSIE HARRISON VS. JOE EVERSON
WHO BEATS WHO IN THE BATTLE OF SPEED

Jessie Harrison is recognized as one of the most accomplished competition shooters in the world, being the first female shooter to obtain Grand Master status in the United States Practical Shooting Association. Competing – and excelling – in five different shooting disciplines, Jessie has won both world and national championship titles, included among them are the prestigious Bianchi Cup, the Steel Challenge World Speed Shooting Championships and numerous USPSA National Championships.

Joe Everson is a bit of a renaissance man — artist, vocalist, musician, and photographer. Joe was enjoying a modest career as a semi-professional artist when a video of him singing the National Anthem while painting a live-action artwork went viral and skyrocketed him to fame. The viral videos have over 225 million total views across a variety of social media platforms. Now he travels around the nation performing for professional sporting events, Fortune 500 companies, and celebrities.

ENTER NOW FOR YOUR CHANCE TO WIN AN OFFICIAL TAURUS 1911™ HAND-PAINTED EXCLUSIVELY BY JOE EVERSON AND INSPIRED BY THE BATTLE OF SPEED COMPETITION.

In addition to the custom Taurus 1911, our Grand prize winner will also receive an original canvas Joe painted to commemorate the Battle of Speed competition. Ten winners will be chosen at random. Each custom Taurus 1911 comes with an official certificate of authenticity. No two pistols are identical. Contest begins on September 7, 2020 and ends at midnight on November 11, 2020.