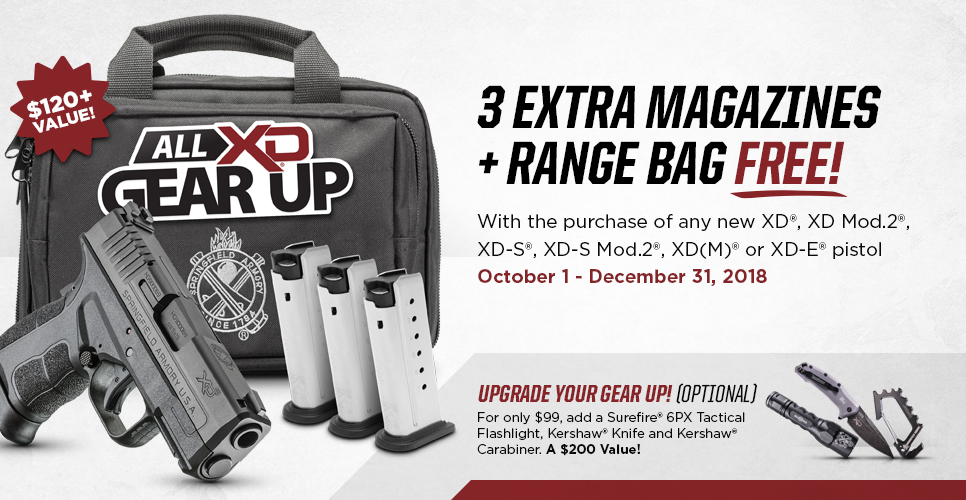 Get three additional magazines and a range bag

Springfield Armory announces the All XD Gear Up Promotion. Customers that purchase any XD model between October 1, 2018 and December 31, 2018 will qualify to receive three additional magazines and a Springfield Armory range bag. This promotion covers the whole XD family of products including Springfield's newly-released XD(M) OSP with Threaded Barrel. Consumers participating in this promotion have the option to upgrade their Gear Up package to include a Surefire 6PX Tactical Flashlight, Kershaw knife and Kershaw carabiner for only $99. Without this promotion, the package would normally retail for $200. The promotion can be redeemed online or by mail. All receipts must be received by January 31, 2019

Click here for more information on the All XD Gear Up promotion: http://bit.ly/2NZAlcK