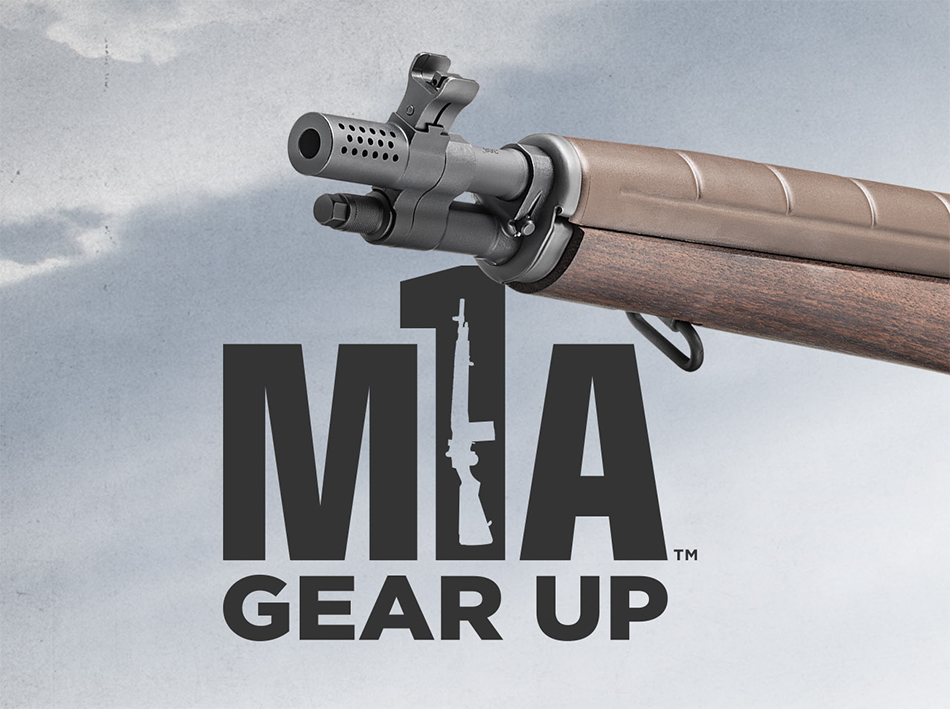 Get two FREE magazines AND a free scope mount...

RECEIVE A SCOPE MOUNT AND 2 EXTRA MAGAZINES WITH THE PURCHASE OF ANY NEW M1A™ RIFLE.

After World War II, the engineers at the US Government's Springfield Armory® set about designing a replacement for the M1 Garand. In 1959, the US military adopted the resultant M14. The rugged reliability of the M14 coupled with its formidable 7.62×51 NATO cartridge left an enduring impression on America's fighting forces despite its relatively short tenure. When it was replaced in 1970, the stage was set for the next step in its history.

In 1974, the Reese family ensured that the legacy of the M14 would live on. Springfield Armory® in Geneseo, Illinois began offering a civilian legal semi‐automatic version known as the M1A™. Powerful, accurate and reliable, M1A's™ were soon found dominating the National Matches at Camp Perry. Shooters across the country discovered the versatility and enjoyable satisfaction of owning an M1A™.

Today, the M1A™ is firmly established as a platform that can handle any mission, any condition, any foe at any range. M1A™’s are found in national competitions, in the hands of operators on elite tactical teams, and in the back country hunting big game. And although the M14 is no longer the service rifle of the US military, it still sees action as a designated marksman rifle and as a sniper rifle.

Whether you want a SOCOM for close quarters use or a Super Match to bring home first place, the M1A™ can do the job.

M1A magazines typically retail for between $40 and $60 depending on capacity. The scope mount itself is over $150.

That's a huge value to NOT have to spend that extra money when purchasing an M1A rifle.

This promotion is valid on new purchases of M1A rifles between March 1st and May 31st, 2020.

For much faster delivery, fill out this redemption form online at www.springfieldpromo.com.

Shop all twenty-seven models of the M1A that we carry at this link.