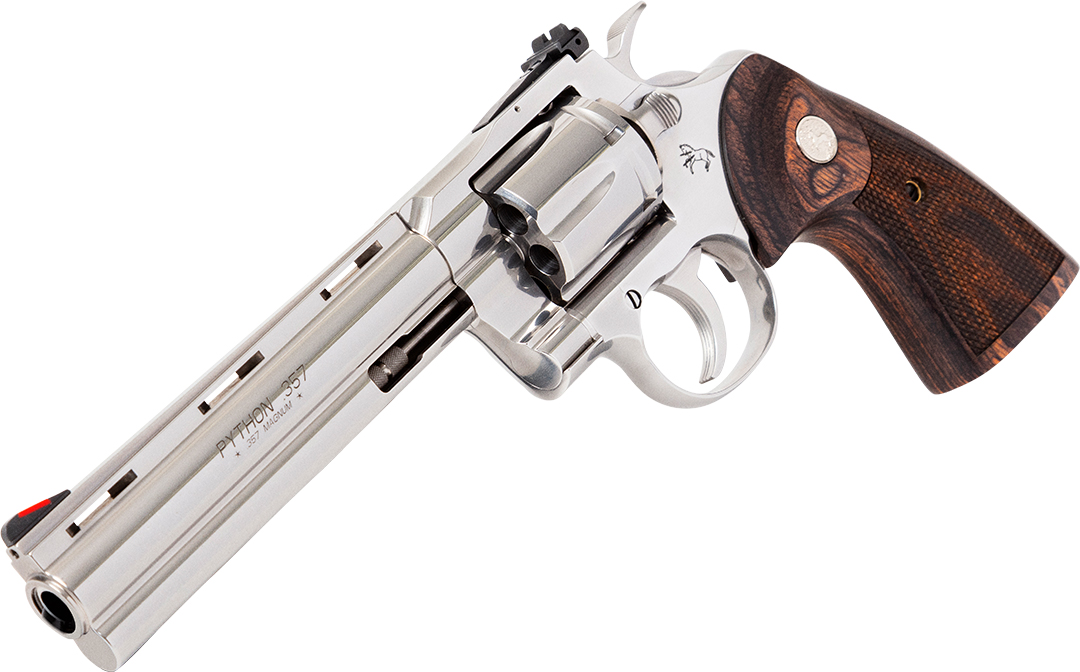 Warren Buffet once said, "It takes 20 years to build a reputation and five minutes to ruin it."

Colt Senior VP of Commercial Sales Paul Spitale came to the storied manufacturer in 2015, the year they filed bankruptcy and were struggling with damage control. A successful senior leader in the electronics industry for 25 years, he grew up with a passion for the outdoors and firearms. Spitale knew the Colt brand and he knew their extensive history. He also knew of their troubled past.

Colt is no stranger to bankruptcy proceedings, as they first filed bankruptcy in 1862, just six years after the company was founded. But a determined Samuel Colt went back to the drawing board, designing a new range of products, including the iconic Colt .45, and brought the brand to its heyday. Spitale took that lesson to heart.

"I came to the company with the full knowledge we were going through a restructuring," he said. "Coming from a solid career in another industry into a company like Colt though, was a special opportunity that was really important and I took it very seriously. I cared about where the brand was going and the chance to work with such an iconic American company was a real pleasure for me as an executive."

Upon arriving at Colt, Spitale found numerous things needing to be addressed, but three took priority.

"First was the assortment," Spitale explained. "Bringing back guns shooters wanted was first and foremost. At the time, many of our 1911s didn't cover what today's shooters were looking for. We had some products with poor ergonomics and we had some aspirational guns that weren't very well appointed. All of that has been re‐tuned. We've reengineered every single pistol in our line in the past four‐and‐a‐half years."

The second was the brand marks.

"We had various levels of how the company was being marketed. We decided on one theme, 'Built one at a time. Proven every round.' We felt we could say that with more authority than anybody else in the industry," Spitale continued.

Distribution was the third area of focus.

"Many of our retail partners felt disenfranchised," Spitale acknowledged. "They could get guns, but they didn't really stock our guns. In 2015 we probably only had about 250 dealers who actually carried and stocked Colt products. So, we restructured our stocking dealer program, eliminating heavy requirements and we grew to over 3,000 by Year Two and today we top out at just over 4,000 stocking dealers. I would say 95% of our business comes from small specialty shops and it's where we shine. That's where Colt has its most advocacy."

Changes In The AR Market

As each one of these programs fell into place and showed success, Spitale turned his attention to new challenges: production, inventory control and Colt's commercial AR market.

"We haven't gotten out of the commercial AR market like most people believe. We just put a hold on producing commercial ARs for the moment," he explained. "The reality was back in August 2019, we had 104 days of inventory in our channel, meaning if we didn't ship a gun to our distributor, that inventory would last almost through the holiday season. At the time, we had so much scheduled from the U.S. government, international sales and L.E. business, we couldn't keep up with production. So we made the decision to muzzle our production of commercial rifles for the time being."

Spitale shared the company continues to reevaluate its return to producing commercial ARs for consumers.

"At that time [when Colt made the decision to stop selling commercial ARs] I said there will be a point in the market where it's appropriate for us to put MSRs back into the marketplace and that will happen. Whether it's a month from now or four months from now, I can't tell you. But, every day we look at our production schedule and see how effectively we can put MSRs back in. All I can say now is, it's not a question of if, it's just when we will."

Editor's Note: True to Spitale's word, Colt resumed production and delivery of several MSR SKUs in June (predominately LE6920s, along with M16A1 Retro and XM177E2 Retro Carbines) ‐ which resulted in 2,500 units for the consumer market. He shared the company has made plans to ship additional units to customers in Q3 and Q4.

Since emerging from bankruptcy four‐and‐a‐half years ago, Colt has focused on regaining market share ‐ with new products and reintroductions.

"In terms of new introductions, we've done a lot," Spitale continued. "We expanded our Cobra series and we also did some things with traditional guns, like the 1911 classic. For our competition line, I wanted something for the USPSA and IDPA shooters. All these product launches have helped us."

Colt reintroduced the Python after a 22‐year hiatus earlier this year.

"95% of our business comes from small specialty shops and it's where we shine. That's where Colt has its most advocacy." ‐ Paul Spitale Senior VP of Commercial Sales Colt's Mfg. Co.

"Bringing back the Python is a very special honor because it has such a storied history. We stopped producing Pythons around 1998, but consumers had been asking to bring it back and we listened," Spitale shared. "For the past two years it's been on my road map. Many in the industry said, 'Don't bring it back, you can't redo it,' but things that have this beautiful aesthetic look have great utility for consumers and people love them. We thought a lot about that when we brought back the Python."

Explaining Colt's objectives further, Spitale went on, "Our intention was always to make these things better. That's our focus. It's not about just bringing something back to bring it back. But to bring it back in terms of making it more meaningful for our consumers. We're working to make Colt stronger every day. It's a great environment to be a part of and the best is yet to come."

Rebuilding a brand and fixing a reputation is no easy task. It's more than writing a new mission statement or coming out with a new slogan. It's knowing the strength of your products and your company.

For Paul Spitale, it's a commitment to and an understanding of a brand many would say Samuel Colt had.