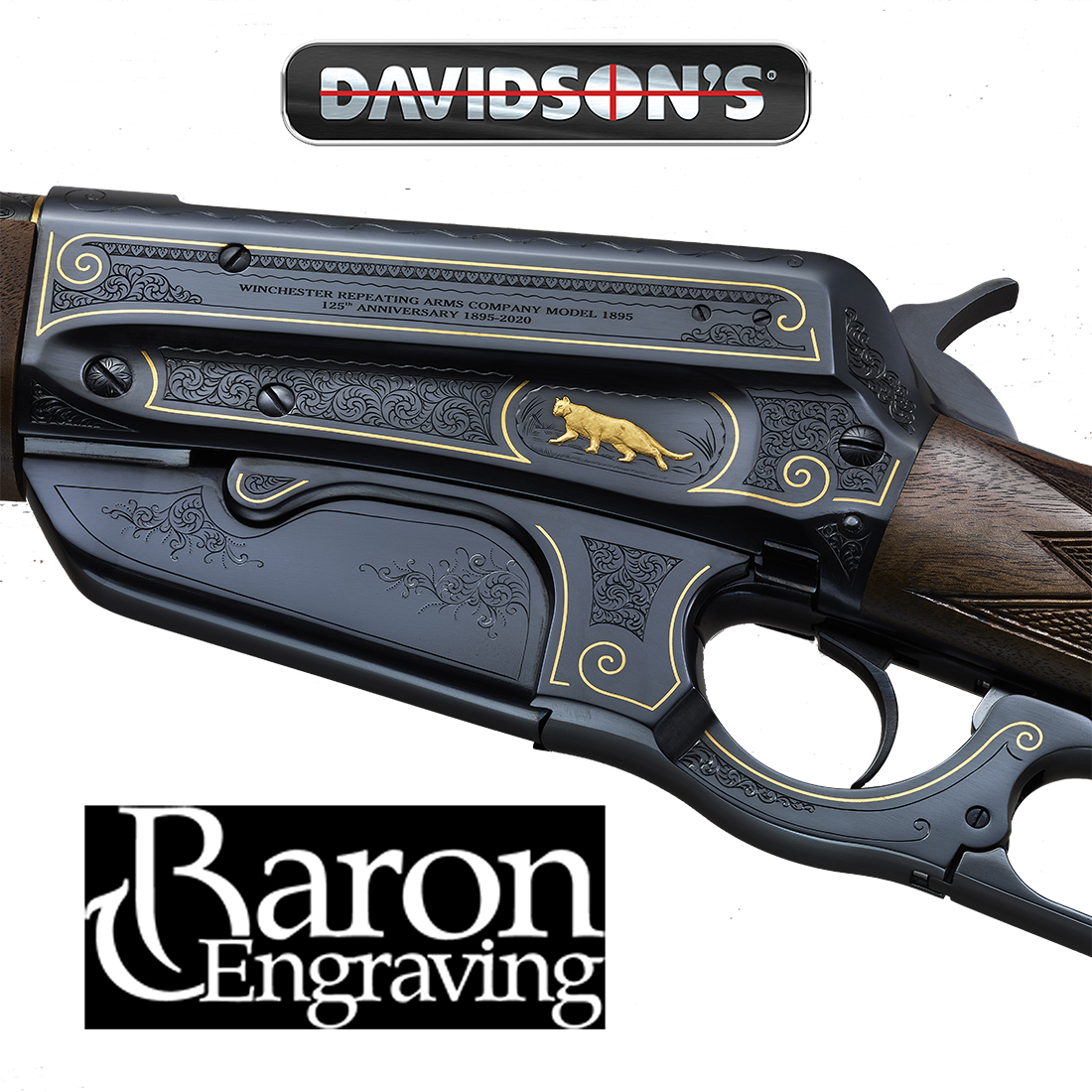 Milford, CT ‐ The Cody Firearms Museum houses the most comprehensive collection of firearms in the United States. To help support the museum and to sustain its efforts, Baron Engraving has joined forces with Davidson's Inc. and Winchester Repeating Arms to make a highly collectible one‐of‐a‐kind hand‐engraved serial number 1, Winchester 1895 Lever Action Rifle.

Baron Engraving's Robert Bunting engraved the Cody Firearms Museum Winchester 1895 in the Factory Grade No. 1 pattern. For inspiration, Bunting referenced two rifles that were engraved by John Ulrich at the turn of the century. One belonged to the famed western author Zane Grey and the other was presented by Theodore Roosevelt to a close friend in 1915.

The Cody museum rifle features a fine English scroll pattern on the receiver, magazine housing, upper tang, barrel, and thumb safety. Exquisitely detailed high relief gold inlaid animal scenes sit proudly on each side of the rifle with vignettes of a grizzly bear and a running buck on the right side of the receiver, and a stalking mountain lion on the left side. The scrollwork and animals are further accented with numerous gold inlaid borders that surround the receiver and lever. Inlaid barrel bands grace the muzzle and breach of the octagonal barrel. The rifle is hand finished to a high sheen and blued. To ensure this gun's collectability, the rifle features special serial number 2020CFM001.

One hundred percent of the proceeds of this auction will benefit the Cody Firearms Museum and help to ensure that future generations are provided an immersive opportunity to learn about the important role firearms have played in shaping human history and existence.

The winner of this auction will have the option of allowing this rifle to be displayed at the Museum for up to one year following the sale and be recognized during that time for the loan of the rifle.