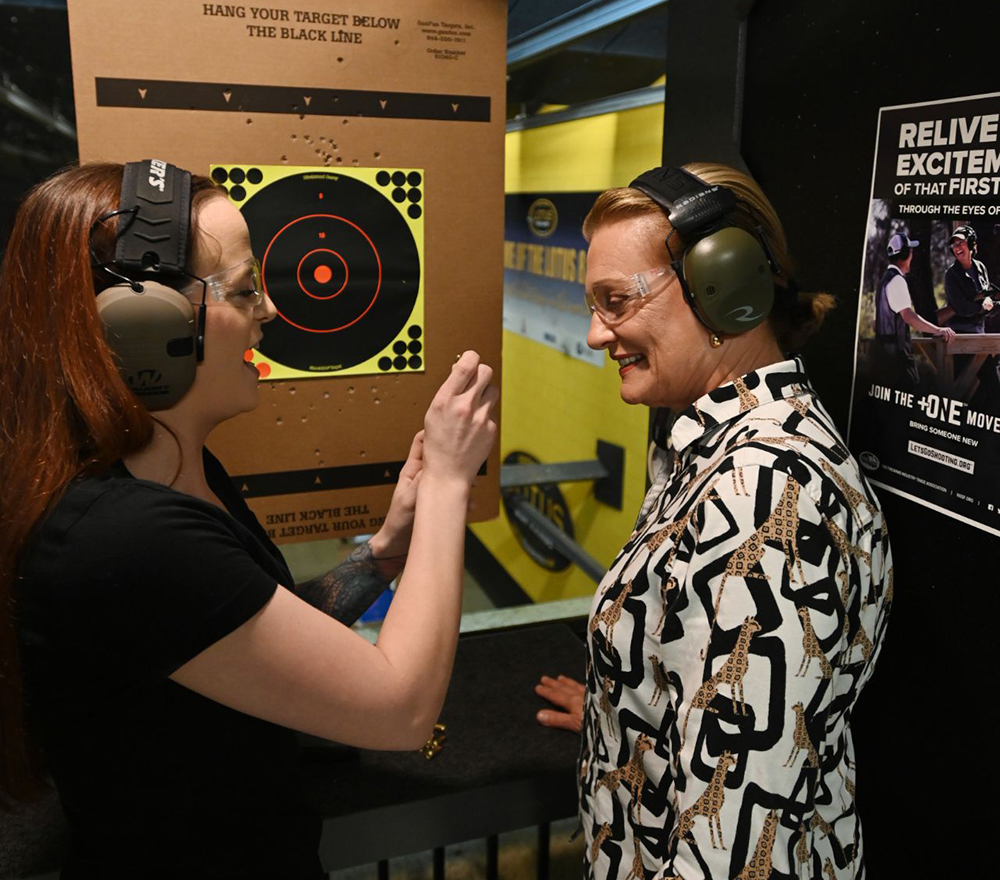 I Bought My First Gun - Now What?

The gun-owning process doesn't stop with the purchase.

Congratulations on your first firearm purchase and welcome to one of the most inclusive, friendly, and sharing communities there is - firearms enthusiasts.

Whether you chose to purchase your first firearm due to concerns about self- or home-defense, a desire to learn a new skill, or just for fun target shooting, there are some serious considerations you need to keep in mind.

Obviously, a firearm is an inert object. In and of itself it simply cannot cause harm. When you USE it is when its purpose gets defined.

We at Gallery of Guns welcome you to the millions of citizens that own firearms. We in the firearms community enjoy target shooting, competition, hunting, and training for defense. None of these activities need to be intimidating and we in the industry stand ready to help.

The FIRST thing you should do is be aware of what is universally known as "The Four Rules". Originally penned by Col. Jeff Cooper, these rules are designed to prevent accidental - or negligent - discharge of your firearm. Remember, that gun will not fire itself. It is - and must be - under your control at all times.

The Four Rules of Gun Safety

4. Be aware of your target and what is beyond it. Ok, this one also is simple but sometimes - especially for newbies - not thought of. It simply means, be crystal clear about what you are shooting (target) and what lies beyond it. So that whole "shoot through the door" business - throw that right out. It violates being aware of your target. If you can't see it you shouldn't be shooting it. The "beyond" part? Well, what if you miss? What if the round (bullet) goes through your target? Whatever is behind your target is going to stop that round. This is why you see "berms" behind paper targets at ranges. These are called backstops and they ensure that the round is stopped safely. Remember, you are responsible for every round that leaves the barrel of your firearm. That inert bullet doesn't know where it's going or what it's going to hit and it doesn't care.

These rules are designed to work together and prevent bad things from happening. If you're not pointing your gun at someone (#2) you'll never accidentally shoot them. If you don't have your finger on the trigger (#3) you won't accidentally shoot something that you don't want to shoot. Etc., etc.

Ingrain these rules into your mind. Practice them religiously. They will, and do, prevent accidents. Have you ever heard the phrase "accidental discharge"? This is normally speaking of firing the gun accidentally. We in the industry commonly refer to it as "negligent discharge". What's the difference? Well, if you follow those four rules it simply won't happen. If you don't follow these rules - you're being negligent.

Don't just buy that first firearm, throw it in your nightstand drawer, and consider yourself protected. Learn about your firearm - how it works, how to handle it safely, and how to become proficient with its use.

We'll be bringing you MUCH more information in the coming days to help you learn and be safe. Right off the bat - memorize and practice those Four Rules. It's an excellent starting point. READ the owner's manual that came with your firearm. Talk to the dealer where you bought your firearm about training. This can be as simple as a basic firearms safety course all the way up to defensive training.

Stay tuned to the Gallery of Guns blog - we'll get you pointed in the right direction. This is just the first part of a series we're dedicating to you, the first-time gun owner.

Be safe - and welcome to the community!