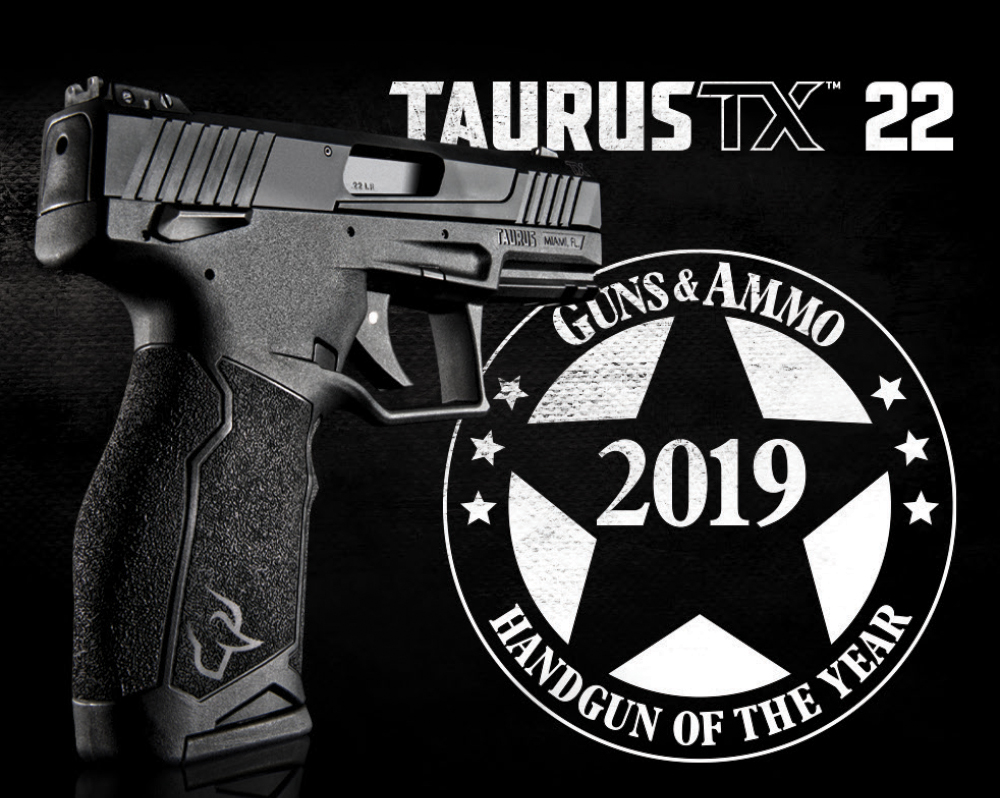 TX22 Guns And Ammo Handgun of the Year

The most advanced 22LR rimfire pistol on the market is now the industry's most coveted. Named the 2019 Guns & Ammo Handgun of the Year, the TaurusTX 22 tops the list of new handguns for this year.

According to Guns & Ammo, this clever semi-automatic rimfire pistol could be used to redefine the phrase "best bang for your buck"...