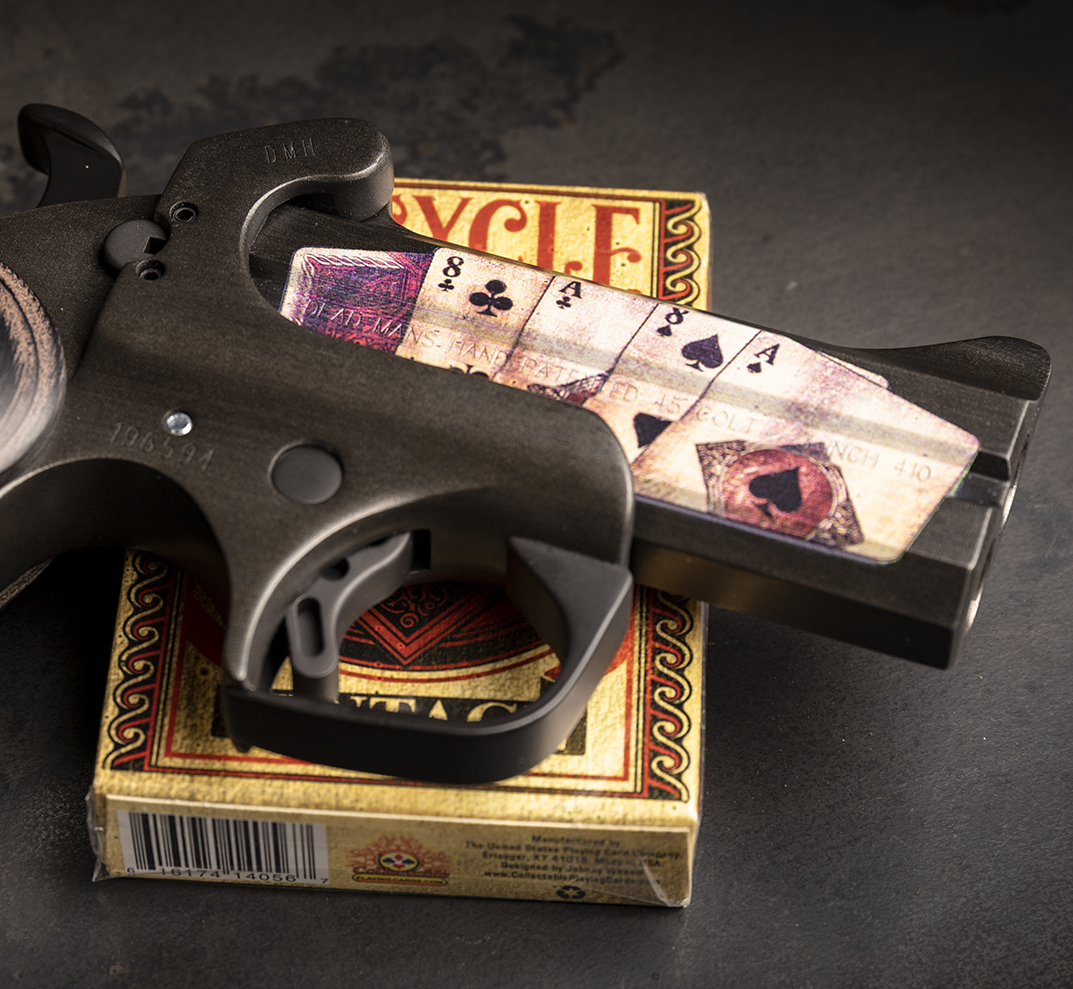 From Bicycle Cards' website: His reputation as a gunslinger continued well past his death on August 2nd, 1876, when he was killed while playing Poker at the Number Ten Saloon in South Dakota.

It's been widely reported in popular culture that Wild Bill (real name: James Butler Hickok) was shot while holding four specific cards, which have become known as "the dead man's hand."

Most versions of the story claim that the dead man's hand consists of the Ace of Spades, Ace of Clubs, Eight of Spades, and Eight of Clubs. The identity of the fifth card varies.

The receiver is finished in distressed Cerakote black and the custom extended laminate grips have the design of a Spade on one side and a Club on the other.

And to complete the reference, we've cerakoted the actual hand of poker on both sides of the double barrel.

And, by the way, you also get the vintage set of Bicycle cards in the package...

Our Exclusive "Dead Man's Hand" carries an MSRP of $722.00. Your local GOG dealer will get you a much better price...