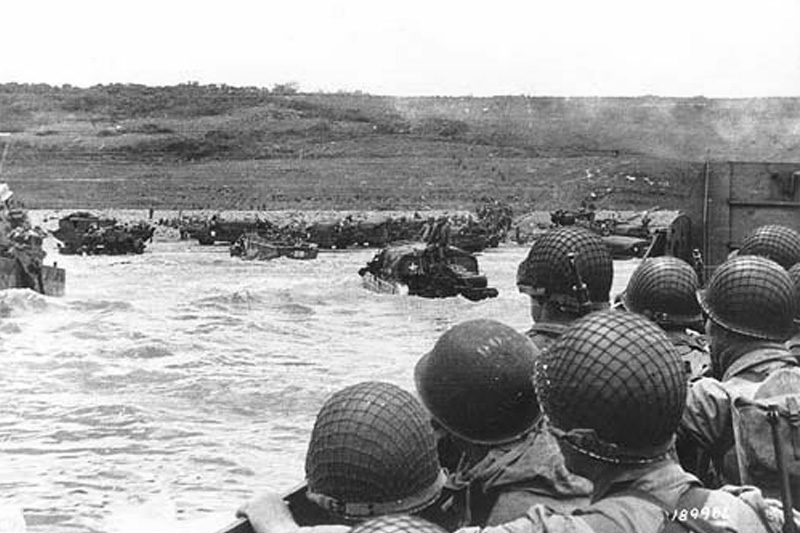 "The eyes of the world are upon you. The hopes and prayers of liberty loving people everywhere march with you..."

By
Gallery of Guns
on
June 6, 2019
Category:
Industry News
Tags:
No items found.

On June 6, 1944, more than 160,000 Allied troops landed along a 50 mile stretch of heavily-fortified French coastline, to fight Nazi Germany on the beaches of Normandy, France. Gen. Dwight D. Eisenhower called the operation a crusade in which, “we will accept nothing less than full victory.” More than 5,000 Ships and 113,000 aircraft supported the D-Day invasion, and by day’s end, the Allies gained a foot-hold in Continental Europe. The cost in lives on D-Day was high. More than 9,000 Allied Soldiers were killed or wounded, but their sacrifice allowed more than 100,000 Soldiers to begin the slow, hard grind across Europe, to defeat Adolf Hitler’s troops.

Normandy was chosen as the D-Day landing site because the allies were hoping to surprise German forces. Since the Germans expected an attack on Pas de Calais, the closest point to the UK, the Allies decided to hit the beaches of Normandy instead. Normandy was thought to be less fortified and was also within flying distance of war planes stationed in England.

D-Day landings were centered around 5 beaches encompassing 50 miles of coastline that were code-named Utah, Omaha, Juno, and Sword. The Canadian 3rd division landed on Juno and British forces touched down on Gold and Sword. The American were tasked with Utah and Omaha. Omaha saw the most blood shed with roughly 2400 American casualties and 1200 German casualties.

The Normandy invasion was not a one day affair. It raged on until Allied forces crossed the River Seine in August of 44. Altogether, the Allies took about 200,000 casualties over the course of the campaign including 4413 deaths on D-Day alone. Its estimated that around 200,000 German forces were killed and approximately 200,000 more taken prisoner. On May 7, 1945 less than a year after D-Day Germany surrendered, ending the war in its European Theater.